'Street Harassment' is a term used by third wave feminists to denote unwanted romantic communication in public. The website www.stopstreetharassment.org defines it thus:

Street harassment is any action or comment between strangers in public places that is disrespectful, unwelcome, threatening and/or harassing and is motivated by gender or sexual orientation or gender expression 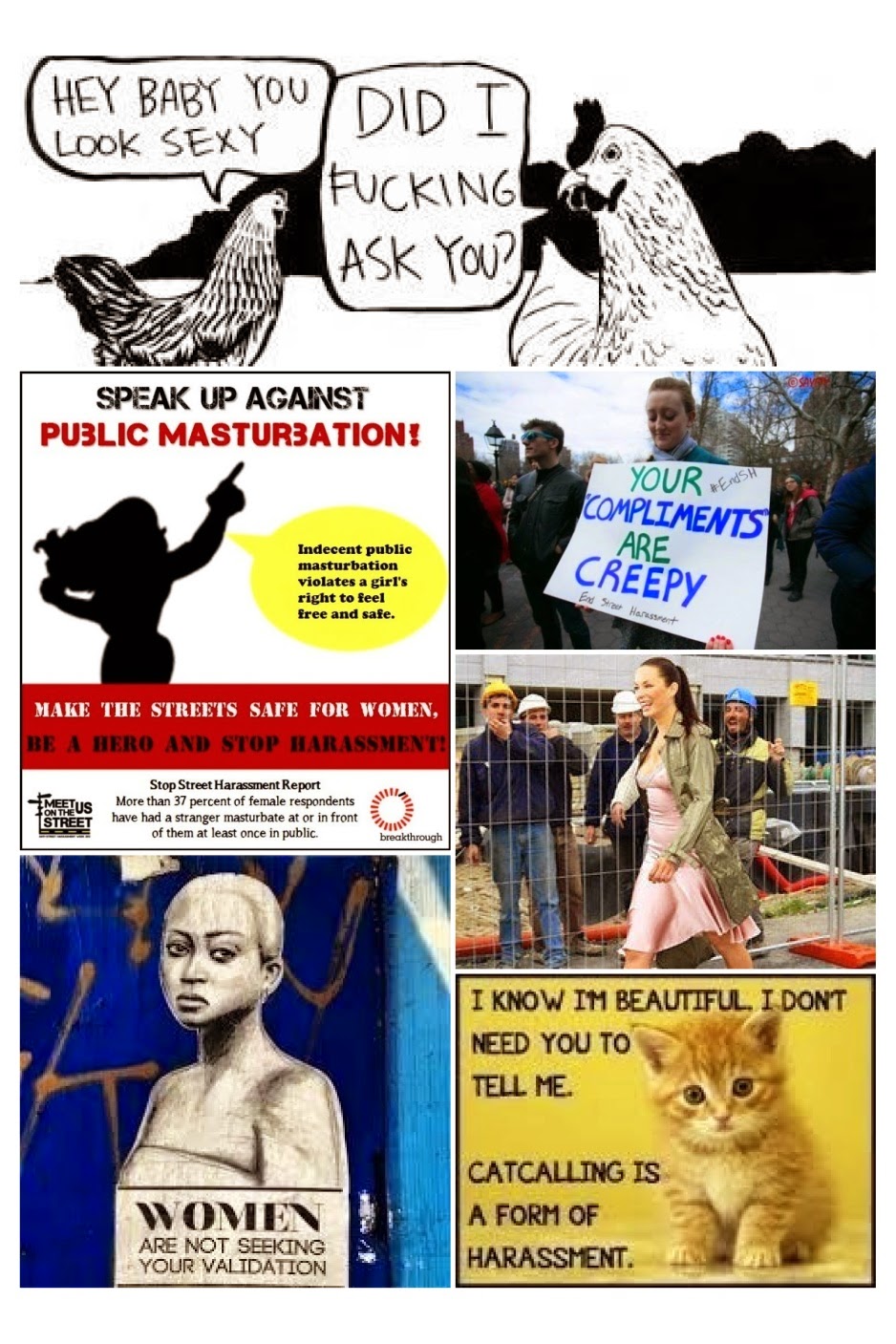 [1]In my previous entry, I cited the statistics I used in the first paragraph.
[2]