Do Men Cause Wars?


You use the word 'start', by which you must mean either 'cause' or 'declare'.

We all know that some men have declared war and that some women have also done so. The question of whether men cause wars is a more interesting one.


Every claim about causation entails a corresponding counterfactual claim.
“An arsonist caused my house to burn down.” (Claim)
“If there had been no arsonist, my house would not have burned down.” (Counterfactual)

So to answer whether “Men cause wars”, we can ask the counterfactual question “If there had never been men, would there have been wars?” However the answer is, of course, no; there would not be any humans if only one gender existed.

A look through English and Russian history confirms that most female leaders have declared war. I don’t know about the history of other nations. More recently, Hillary Clinton voted for war.

It seems that men do not “cause” wars anymore than women do.
Posted by Unknown at 21:39 No comments:

Contra Patriarchy - Part 1: The women of I♥IDF who used sex in order to encourage men to kill for them.

Some women have, and do, use sex to manipulate men in order to attain their ends.

Consider a popular1 grassroots campaign, 'I♥IDF', whose participants endeavour to bolster the morale of the IDF's (Israeli Defense Force) male2 combatants in Gaza by uploading sexual photographs of themselves to social media websites (see below).

In conclusion, there is, almost certainly, one participant in the I♥IDF campaign who used a sexual photograph of herself in order to encourage men to do what she desired them to do. Accordingly, there is, almost certainly, at least one woman who manipulates men in order to attain her ends. Assuming such manipulations succeed (the contrary assumption depreciates the judgement of these women), then the academic-feminist cannot claim that modern-women lack the means to manipulate men. 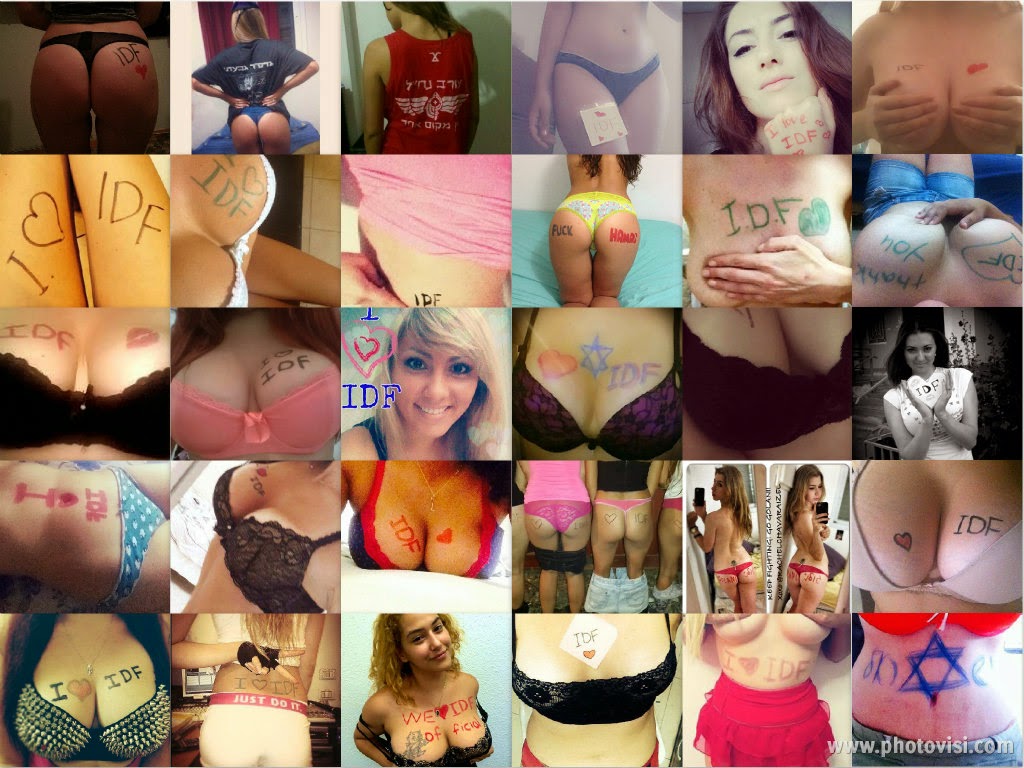 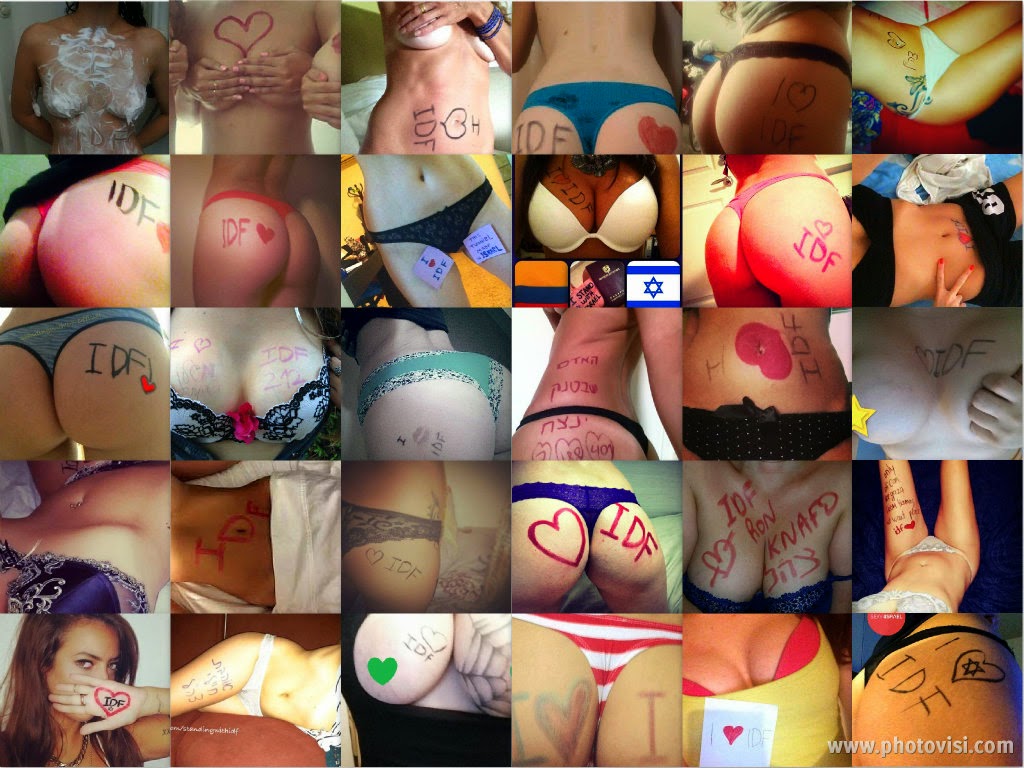 [1]Well known newspapers covered the campaign.
[1][a]Jezebel
[1][b]Salon
[1][c]BBC
[1][d]Huffington Post
[2]Men constitute 97% of the IDF's combatants.
[3] Recent survey data indicates that approximately 86% of Israelis desire the mission in Gaza to continue until Hamas surrenders. Accordingly, if we assume the population of Israel comprises equal numbers of men and women, then if every member of one sex expressed the aforementioned desire, 73% of the other sex would have indicated the same desire. In the interest of conservatism, I've assumed, the least favourable possibility for this argument, that 73% of Israeli women expressed the aforementioned desire.
[4]I assume that there is no person depicted more than once in the 60 included images. However, the image in the second column of the first row of the second mosaic depicts three people, so the photographs possibly collectively-depict 62 people.